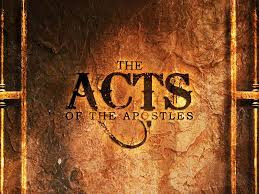 In today's study from Acts:2:42-3:17, we continue to see the characteristics of the Kingdom Church and mystery that was still to be revealed about the Body of Christ today.

You may hear the audio study on SoundCloud or see the video study on YouTube.

v.42 And they continued steadfastly in the apostles' doctrine and fellowship, in the breaking of bread, and in prayers. How many times have I head this quoted as the key to a healthy church. Well, no doubt, it can be, but this is not referring to the church we are in today, but instead to the Kingdom Church.

It is also noteworthy that those who use Acts 2:42 as the basis for the purpose of the church seem to ignore verses 43-45. No doubt, this is a fellowship of believers who had aligned themselves with the teaching of the apostles. They had been baptized and had received the gift of the Holy Ghost (v. 38).

Again, while this may be similar to the church as we know it today, a careful study of this group will display too many differences with the church of today to call this Acts 2 group the first church, or the day of Pentecost the birth of the church.

vv.43-46 Then fear came upon every soul, and many wonders and signs were done through the apostles. Now all who believed were together, and had all things in common, and sold their possessions and goods, and divided them among all, as anyone had need. So continuing daily with one accord in the temple, and breaking bread from house to house, they ate their food with gladness and simplicity of heart, The wonders and signs were done by the apostles. Nowhere in the book of Acts will we see the miraculous performed by anyone other than the Apostles or their emissaries.

v.47 praising God and having favor with all the people. And the Lord added to the church daily those who were being saved. This verse is referring to the Kingdom Church and not the Body of Christ.

Chapter 3
v.1 Now Peter and John went up together to the temple at the hour of prayer, the ninth hour. Notice that even after Pentecost, they returned to the Temple. Why? There is no NT Church in view here. The church has no prescribed hour of prayer! Again, Peter is addressing Jews!

vv.2-5 And a certain man lame from his mother's womb was carried, whom they laid daily at the gate of the temple which is called Beautiful, to ask alms from those who entered the temple; who, seeing Peter and John about to go into the temple, asked for alms. And fixing his eyes on him, with John, Peter said, "Look at us." So he gave them his attention, expecting to receive something from them. Chapter 4:22 tells us that this man was forty years old. Because of his age, he had probably been there for quite some time. Why didn't Jesus heal him? Maybe, it was for this moment? cf. Joh_11:1-4 and the death of Lazurus.

vv.6-11 Then Peter said, "Silver and gold I do not have, but what I do have I give you: In the name of Jesus Christ of Nazareth, rise up and walk." And he took him by the right hand and lifted him up, and immediately his feet and ankle bones received strength. So he, leaping up, stood and walked and entered the temple with them—walking, leaping, and praising God. And all the people saw him walking and praising God. Then they knew that it was he who sat begging alms at the Beautiful Gate of the temple; and they were filled with wonder and amazement at what had happened to him. Now as the lame man who was healed held on to Peter and John, all the people ran together to them in the porch which is called Solomon's, greatly amazed. Understand, that at this point, Peter had no idea about the gentile church because it was still hidden from him (Deu 29:29; Luk 18:31-34). We must understand that they had no idea that Christ was going to rise again from the dead. He had hidden it from them (Joh 13:6-7; Eph 3:1-9; Col 1:24-26).

vv.12-15 So when Peter saw it, he responded to the people: "Men of Israel, why do you marvel at this? Or why look so intently at us, as though by our own power or godliness we had made this man walk? The God of Abraham, Isaac, and Jacob, the God of our fathers, glorified His Servant Jesus, whom you delivered up and denied in the presence of Pilate, when he was determined to let Him go. But you denied the Holy One and the Just, and asked for a murderer to be granted to you, and killed the Prince of life, whom God raised from the dead, of which we are witnesses.

Notice who Peter is addressing! Jews! Martin Luther was antisemitic because of this verse. The Nazi's referred to the writings of Luther as justification for what they did to the Jews.

v.16 And His name, through faith in His name, has made this man strong, whom you see and know. Yes, the faith which comes through Him has given him this perfect soundness in the presence of you all. Notice that Peter makes no reference to the death, burial, and resurrection. Peter is still preaching the Gospel of the Kingdom!

v.17 "Yet now, brethren, I know that you did it in ignorance, as did also your rulers. Peter is still addressing Jews! Some believe that Peter might be referring back to the law of unintentionally killing someone and the cities of refuge as compared to murder which required the death penalty. This was an important distinction because it left the door open for God to continue dealing with them rather than destroying them for murder, i.e., offering the Kingdom.

Paul obviously agreed with this assessment because he said in 1Co 2:7-8  But we speak the wisdom of God in a mystery, the hidden wisdom which God ordained before the ages for our glory, which none of the rulers of this age knew; for had they known, they would not have crucified the Lord of glory.

On another note, we cannot assume that the apostles had any idea that Christ was to be crucified in advance and that he would turn to the Gentiles. The scriptures clearly indicate that they did not. Their statement of faith was simply that Jesus was the Christ, the son of the living God, period (Mat 16:16; Act 8:26-37).
Posted by Building Lives International at 9:52 PM